Adrian Vickers is Professor of Southeast Asian Studies at the University of Sydney, Australia, and researches and publishes on the cultural history of Southeast Asia. He has held a series of Australian Research Council grants (Discovery and Linkage), the most recent looking at modern and contemporary Indonesian art, Cold War history, and labour and industry in Southeast Asia. As part of a linkage grant on the history of Balinese painting, he created a virtual museum, continuing previous pioneering work in eResearch and teaching. His books include the highly popular Bali: A Paradise Created (2012), The Pearl Frontier: Indonesian Labor and Indigenous Encounters in Australia’s Northern Trading Network (2015, with Associate Professor Julia Martínez, funded by an ARC Discovery Project Grant), A History of Modern Indonesia (2013) and Balinese Art: Paintings and Drawings of Bali, 1800-2010 (2012). Professor Vickers has supervised more than 30 PhD theses to completion, and has taught subjects on Southeast Asian history and culture from first year undergraduate to Honours and Masters levels. Professor Vickers is frequently asked to comment on Indonesia and Australian-Indonesian relations for national and international media. 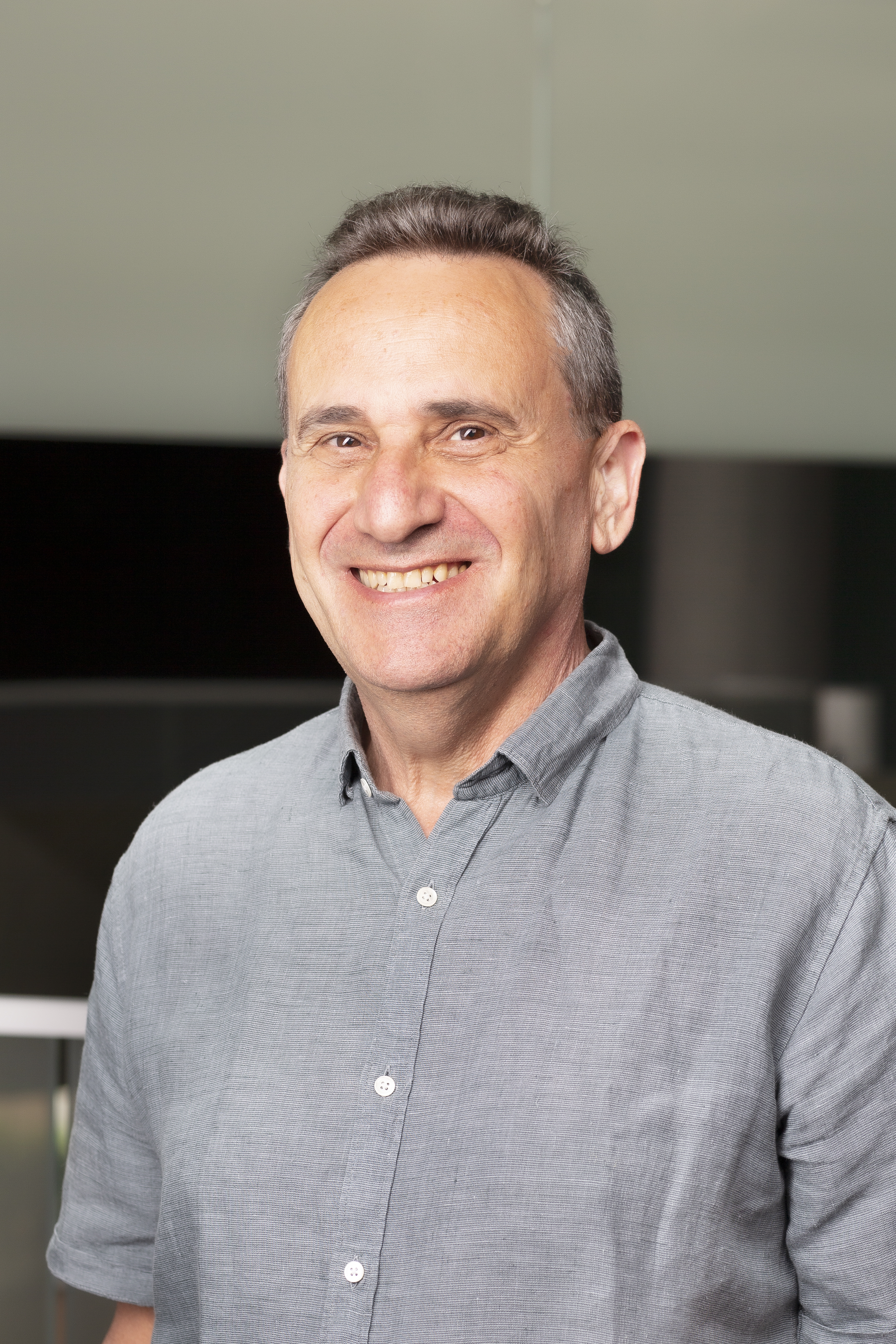 Dr Mark Allon is Chair of the Department of Indian Subcontinental Studies at the University of Sydney. His primary research interests are the composition and transmission of early Buddhist literature, the ways in which texts have been used by Buddhist communities, and the Indic languages of early Buddhist texts (Pali, Gandhari, Sanskrit). He runs projects in Myanmar concerning Pali inscriptions at the Kuthodaw Pagoda, Mandalay, and in Pakistan concerning Gandhari manuscripts. He is part of a team of scholars and digital humanists at the University of Sydney (Ian McCrabb), ANU (Stephanie Majcher), University of Washington, Stanford University and elswhere developing digital capacity for the publication and study of Buddhist manuscripts and inscriptions, particularly those in Gandhari, Pali, and Sanskrit, e.g. Gandharan Buddhist Texts and the Journal of Gandharan Buddhist Texts. 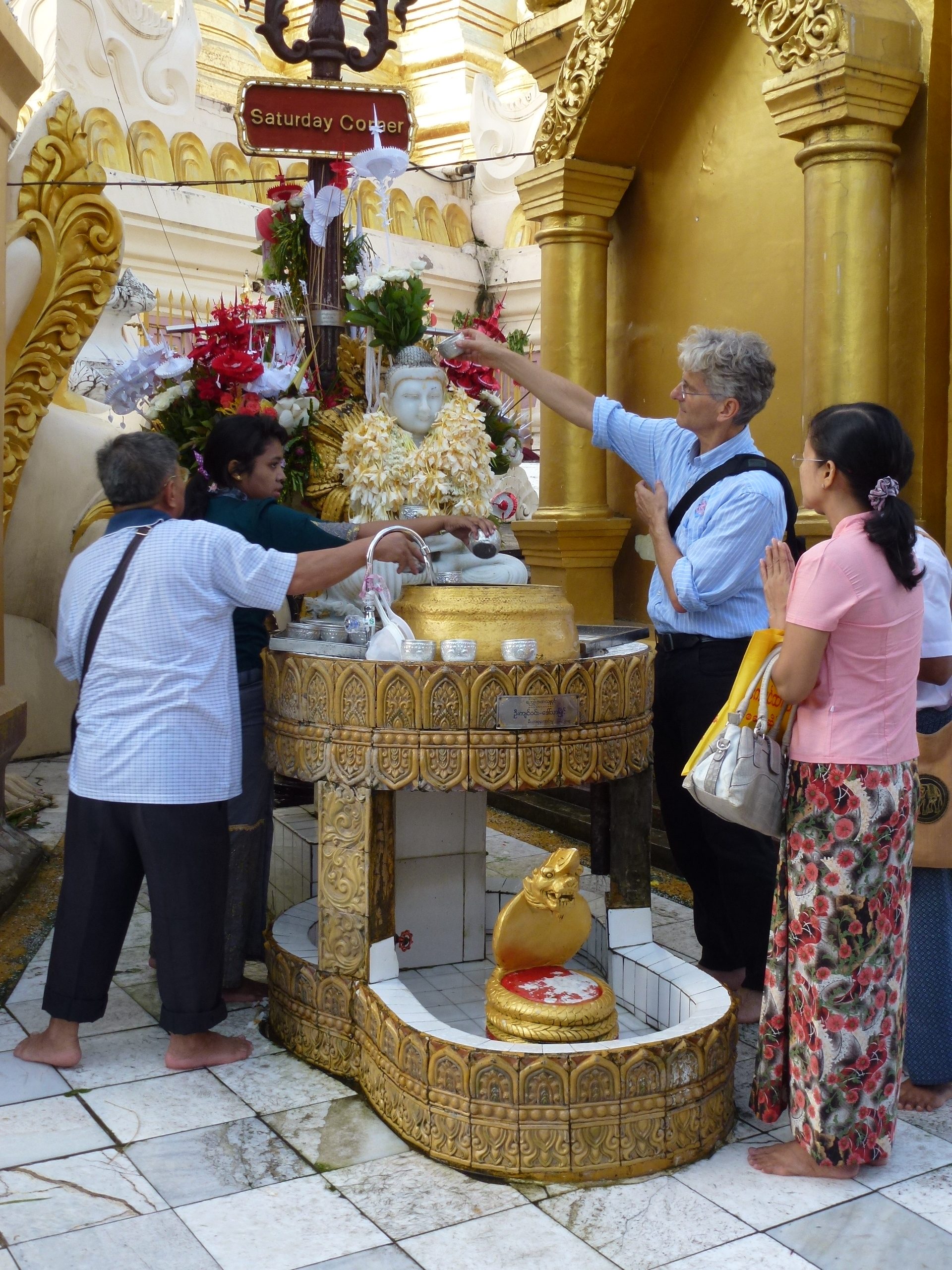 A/Prof. Chris Ballard is Senior Fellow in the School of Culture, History & Language, ANU. His current interests revolve around three topics: vernacular and indigenous Melanesian historicities (their transformation through cross-cultural encounters; their representation through various media, including film and fiction; and their articulation with contemporary challenges such as land reform and large natural resource projects); the safeguarding and transmission of tangible and intangible forms of cultural heritage confronted with emergencies (including natural hazards, pandemics, conflict and climate change); and the ways in which local, regional and global histories become linked through major climatic forcing events such as volcanic eruptions, explored through the case of the 15th century eruption of Kuwae in Vanuatu. 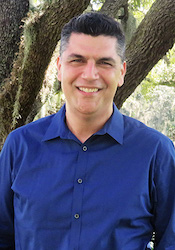 Steven Gagau is a researcher with the University of Sydney and works at the digital archive PARADISEC (Pacific and Regional Archive for Digital Sources in Endangered Cultures). He collaborates on Melanesian collections and community outreach projects incorporating indigenous and cultural perspectives. He is co-producer of PARADISEC’s Podcast “Toksave: Culture Talks”, co-curator of “Pacific Views” Exhibition with Sydney University Museums and cultural researcher with “True Echoes” collaborative project funded by Leverhulme Trust for reconnecting cultures in Oceania. Steven is a Tolai of Gunantuna cultural heritage of New Britain Island in Papua New Guinea and PNG diaspora community leader in Sydney, Australia.

Manpreet Kaur is a PhD candidate at the Department of Religion, Columbia University. Her dissertation, “A Performance History of Farid”, uncovers and explains the labor of performance in the collation and transmission of sacred texts and the relationship of this process to the coalescence of vernacular devotional communities in early modern south Asia (14th-18th centuries). Her research elaborates how texts were performed before and through writing, how scriptural and hagiographical corpora were shaped by performances in collaborative and corporate environments, and how these social environments valued the performative mode as a method of knowledge production and community formation. Before moving to New York, she taught literature at St. Stephen’s College, Delhi University, and worked at a digital media agency called Blogworks. 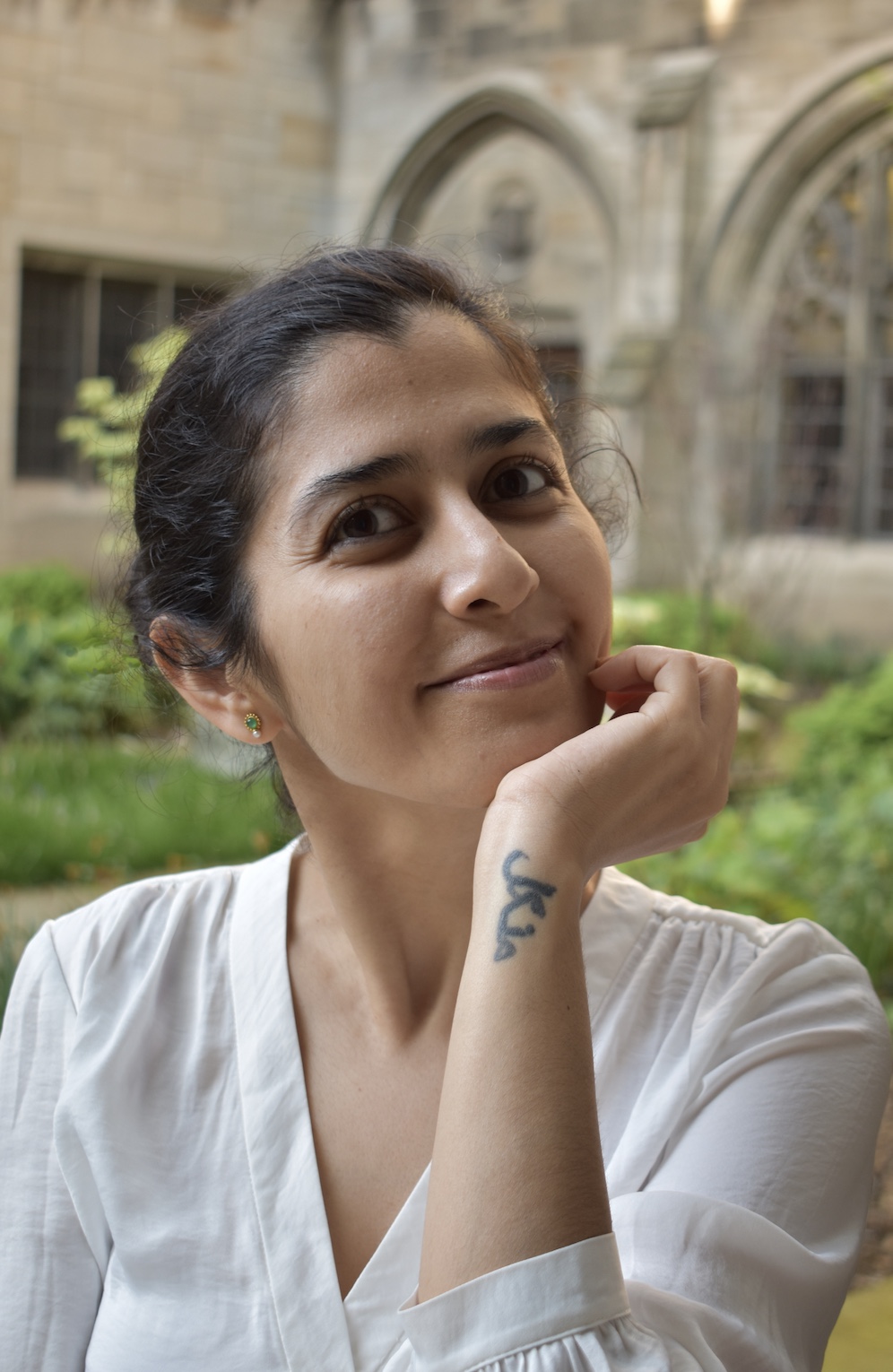 A/Prof. Jon Keune – His main field of research is in west-central India, where he lived for several years, and he has comparative interests in central Europe and East Asia.

Keune has mainly focused on the development of popular, devotional (bhakti) Hindu traditions, especially the Varkari tradition and its hagiographical literature in Marathi between the sixteenth century and the present. Keune has published many articles in journals, edited books, and encyclopedias about Hindu devotionalism, Marathi hagiography, Hindu-Christian encounters, and German orientalism. Keune’s new research has taken a transnational turn and includes learning Mandarin Chinese.  He currently is studying the emergence of transnational networks among Buddhists in India, Taiwan, and Japan, and especially the legacy of Dr. B. R. Ambedkar in these international developments. He co-founded the Regional Bhakti Scholars Network, a platform which brings together scholars of various Indian regions and languages to explore patterns in literatures, traditions, and theologies that come under the umbrella of devotional Hinduism.  As part of this work, he co-directs a collaborative effort to develop the Bhakti Virtual Archive (BHAVA).  He is also active in the Maharashtra Studies Group and the AAR Hagiology Seminar. 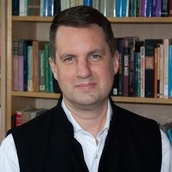 Dr Ian McCrabb is the founder and managing director of Systemik, a Sydney based IT consulting group. Systemik supports a portfolio of commercial and open-source humanities research platforms clustered around content transformation and text analysis. Ian is the founder and director of Prakaś Foundation, a non-profit association which supports digital scholarship in Buddhist studies and Sanskritic languages. Prakaś provides funding, strategic planning and program management for platform developments. His dissertation ‘Buddha Bodies and the Benefits of Relic Establishment: Insights from a Digital Framework for the Analysis of Formulaic Sequences in Gandharī Relic Inscriptions’ was focussed on the ritual practices and religious significance of relic establishment in Gandhara. 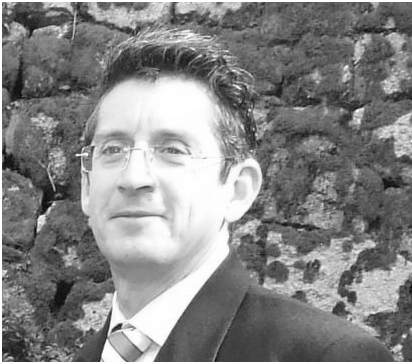 Dr Ross Tapsell is a senior lecturer and researcher at the Australian National University’s College of Asia and the Pacific, specialising in Southeast Asian media. He is currently Director of the ANU’s Malaysia Institute, is involved in the ANU’s Indonesia Project and the academic news/analysis website New Mandala. His current research interests focuses on the changing information societies of the Southeast Asian region, and the role of disinformation and social media campaigning on the democratic process. Marni Williams works across research and professional roles to support the communication of art-historical research to diverse audiences. She has 15 years’ experience working in arts publishing and for the last eight has been editor and publisher at Power Publications, the academic imprint of the University of Sydney’s Power Institute. She is undertaking a PhD at the Australian National University, Canberra, through which she is developing a ‘generous model of publishing’ that considers the potential for co-designed, multimodal and networked digital storytelling, when combined with digital humanities tools and methodologies, to produce community-centred research outcomes with social impact. 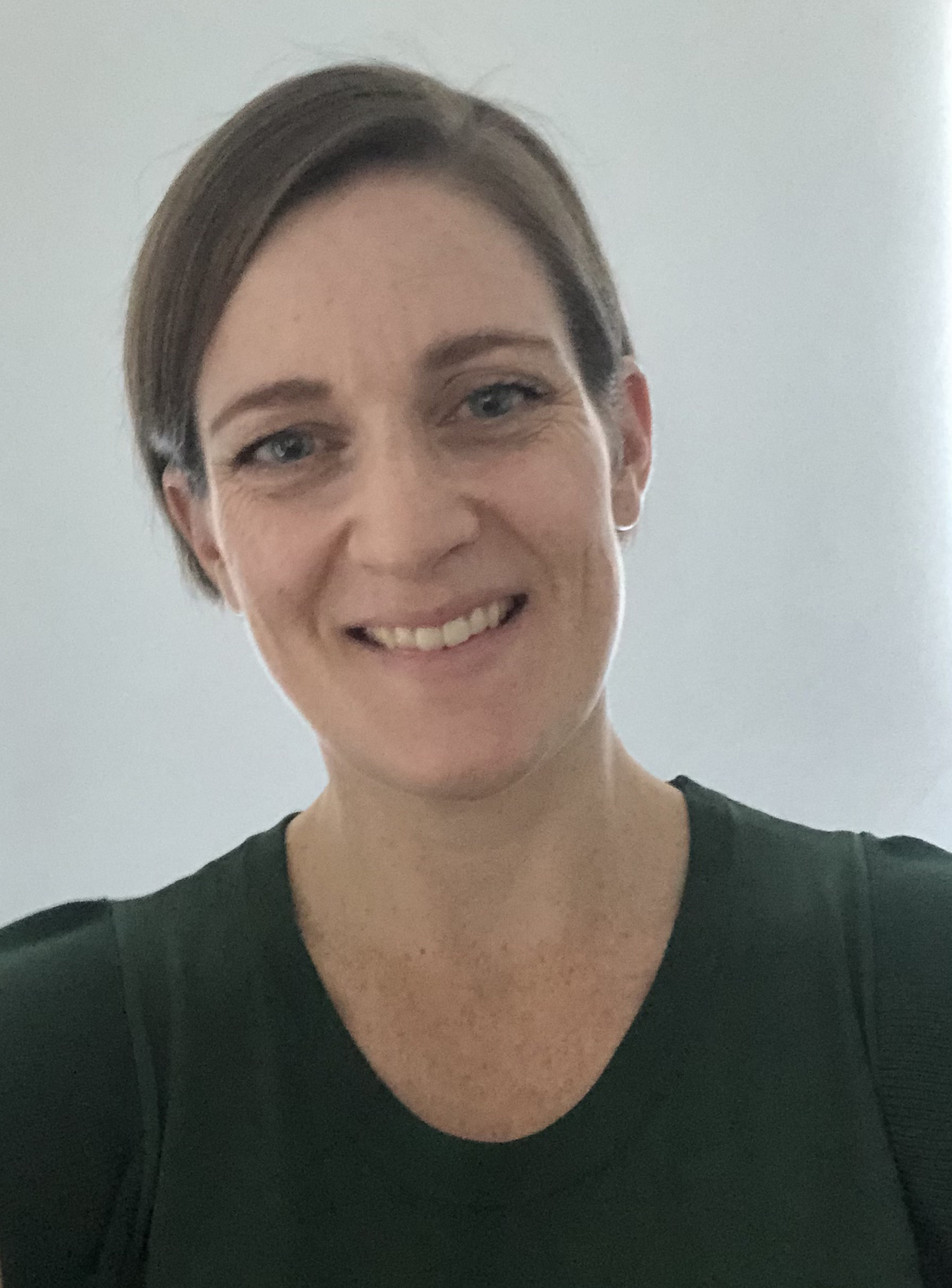 Tyler Williams is Assistant Professor in the Department of South Asian Languages and Civilizations at the University of Chicago. His research and teaching focus on South Asian literatures (in particular the pre- and post-colonial literatures of Hindi-Urdu), early modern intellectual history, aesthetic thought, and book culture. His upcoming monograph, titled ‘If all the world were paper’: A History of Writing in Hindi’, explores the intellectual and aesthetic impacts of writing and literacy on vernacular literary culture. 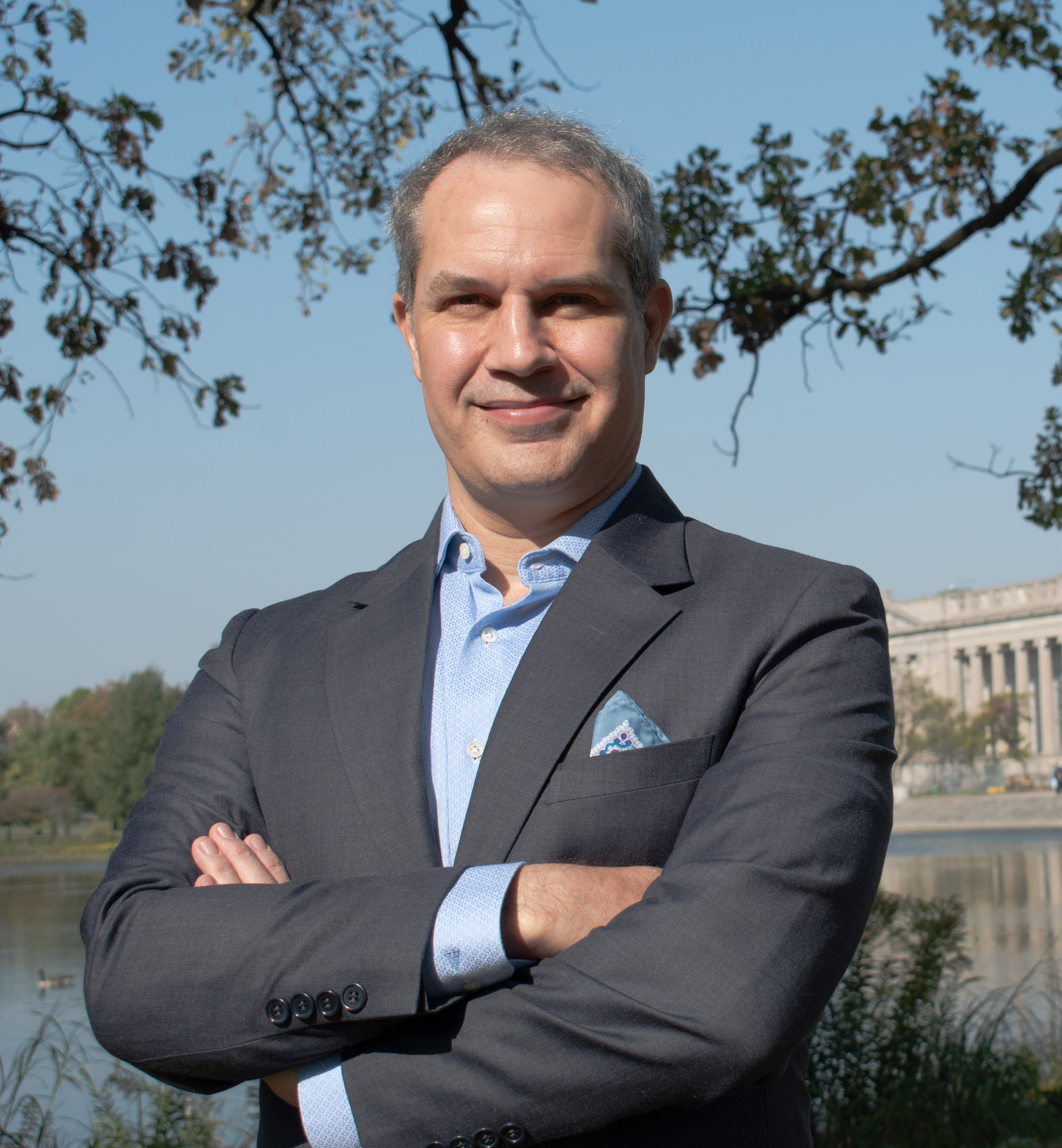