What happens when traditional and modern language knowledge systems collide? How do we know our languages and the texts we teach and how do we explore this through research or in the classroom? While our other ‘conversations’ consider the distance of space, this cluster is focused on the distance created by time in classrooms and research spaces focusing on historical traditions.

Dr Esther Sunkyung Klein is a Lecturer in pre-modern Chinese studies at ANU, focusing on Chinese philosophy and historiography. Her book, Reading Sima Qian from Han to Song (2019), traces pre-modern Chinese attitudes toward authorship and the representation of historical events. Dr Bethwyn Evans in a linguist in CHL whose research focuses on the ways in which language can be a window on the linguistic and non-linguistic past. She is particularly interested in the ways in which historical linguistics, in conjunction with archaeology and population genetics, can tell us about the past of particular ethnolinguistic groups, as well as about the general processes and mechanisms of linguistic and social change. Her current research is focused on exploring the histories of linguistic diversification and contact among Austronesian- and Papuan-speaking groups of Bougainville in Papua New Guinea. 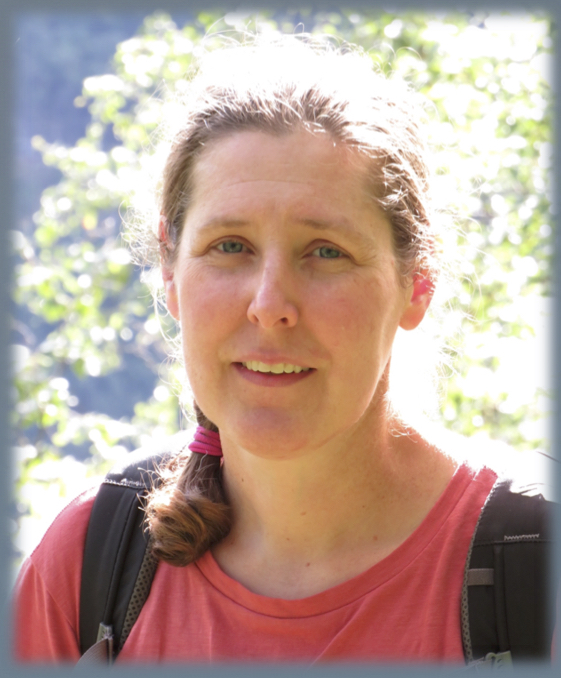 A/Prof. Peter Friedlander is Reader in Hindi and Deputy Director of Languages in the School of Culture, History & Language, Australian National University. His research interests include Hindi language, pedagogy, Hindi print media, religious traditions in South Asia and Buddhism and society. His current projects address research and translation studies on Hindi Sant poet saints including Raidas, Kabir and Charandas; Buddhism, Hinduism and society and politics in Asia and in South Asia; and Hindi language teaching pedagogy and curricula development. Dr Sonia Pertsinidis is a Lecturer in the Centre for Classical Studies at the Australian National University. She is the author of Theophrastus’ Characters: A New Introduction, which was published in the Routledge Focus on Classical Studies series in 2018. She has a particular interest in ancient Greek drama and Aesopic fable. She is currently preparing a monograph on a little-known collection of Greek verse fables from the 1st-2nd centuries AD which will be published in Brill Mnemosyne Supplements in 2023. 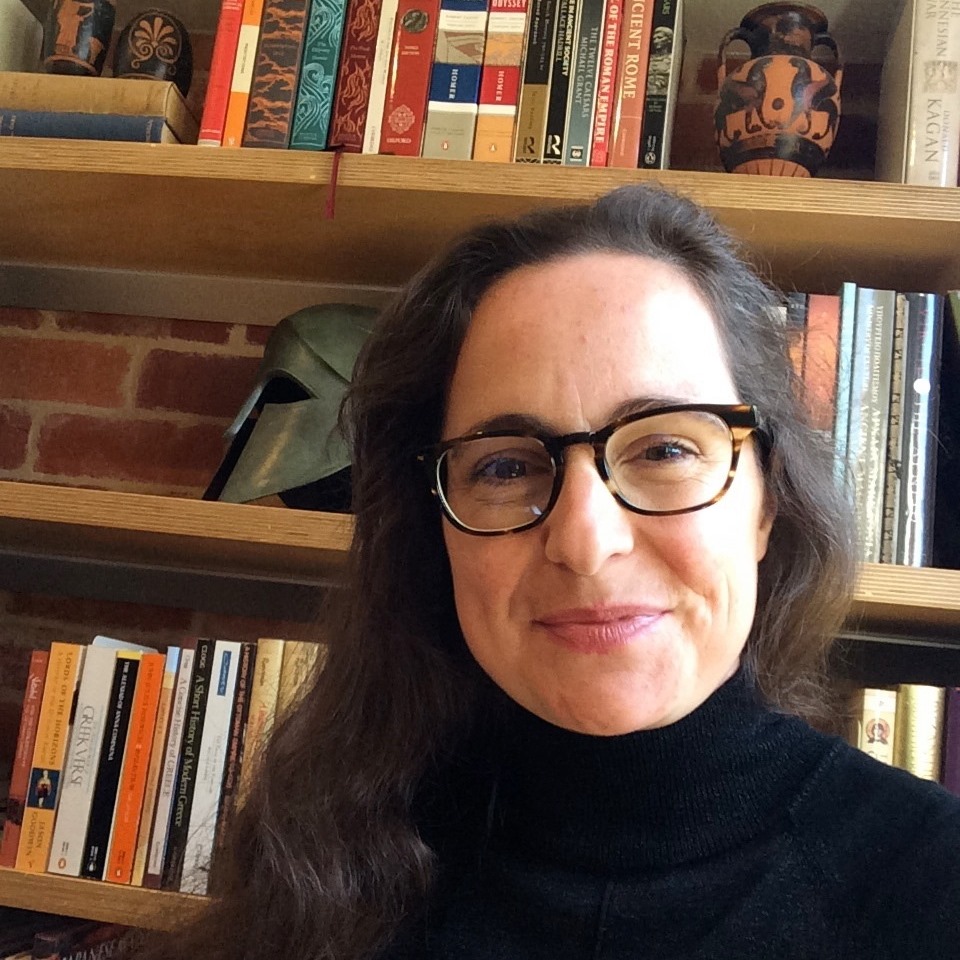 Dr Joe Marino is an assistant professor of Buddhist studies at the University of Washington in the Department of Asian Languages and Literature, where he teaches courses on Sanskrit and Buddhism. His research area is early Buddhist literature from South Asia, specifically first-to-third century manuscripts from Gandhāra, a multicultural region critical to the transmission of Buddhism from India to China. His research methods include traditional philological approaches, insights from religious studies and literary theory, and the use innovative digital humanities platforms. In addition to studies of Gandhari manuscripts, his publications investigate the way that similes and metaphors were used in early Buddhist sutras as pedagogical techniques, through which Buddhist meaning was mapped onto the social and natural landscape of ancient South Asia. His current book project looks specifically at foundational metaphors for hell. 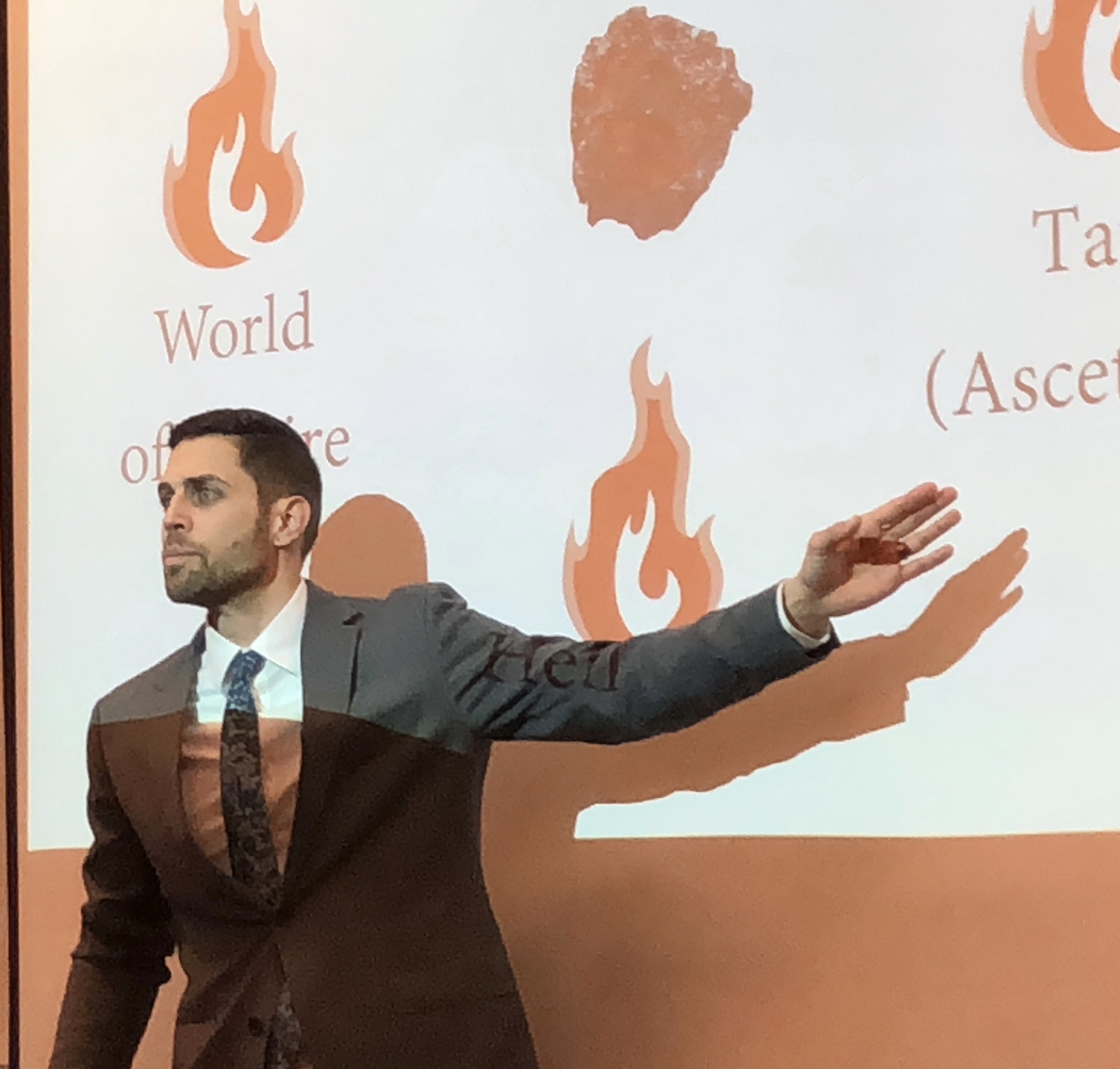 A/Prof. Jason Neelis, Associate Professor of Religion and Culture at Wilfrid Laurier University, directs a project on Epigraphic and Petroglyphic Complexes in the Upper Indus region of northern Pakistan. A team of North American, Pakistani, European, and Australian collaborators is applying digital imaging techniques to an extensive corpus of over 5000inscriptions and almost 40,000 rock drawings at dozens of sites in the Chilas plain threatened with inundation by construction of Diamer-Bhasha dam. These written and visual sources mark a network of pathways through the high mountain desert environment of the western Himalaya, Hindu Kush and Karakorum ranges that directly connected Gandhara, Kashmir, and the northwestern borderlands of South Asia with the southern Tarim Basin of Central Asia. By enhancing access and scholarly and public understanding of the mostly Indic and Iranian inscriptions and the visual culture of petroglyphs belonging to a broad range of chronological layers, the project aims to draw attention to the value of these sources for tangible cultural heritage and to advance research on cross-cultural exchanges along intertwined networks for migration, trade, and religious and cultural transmission. 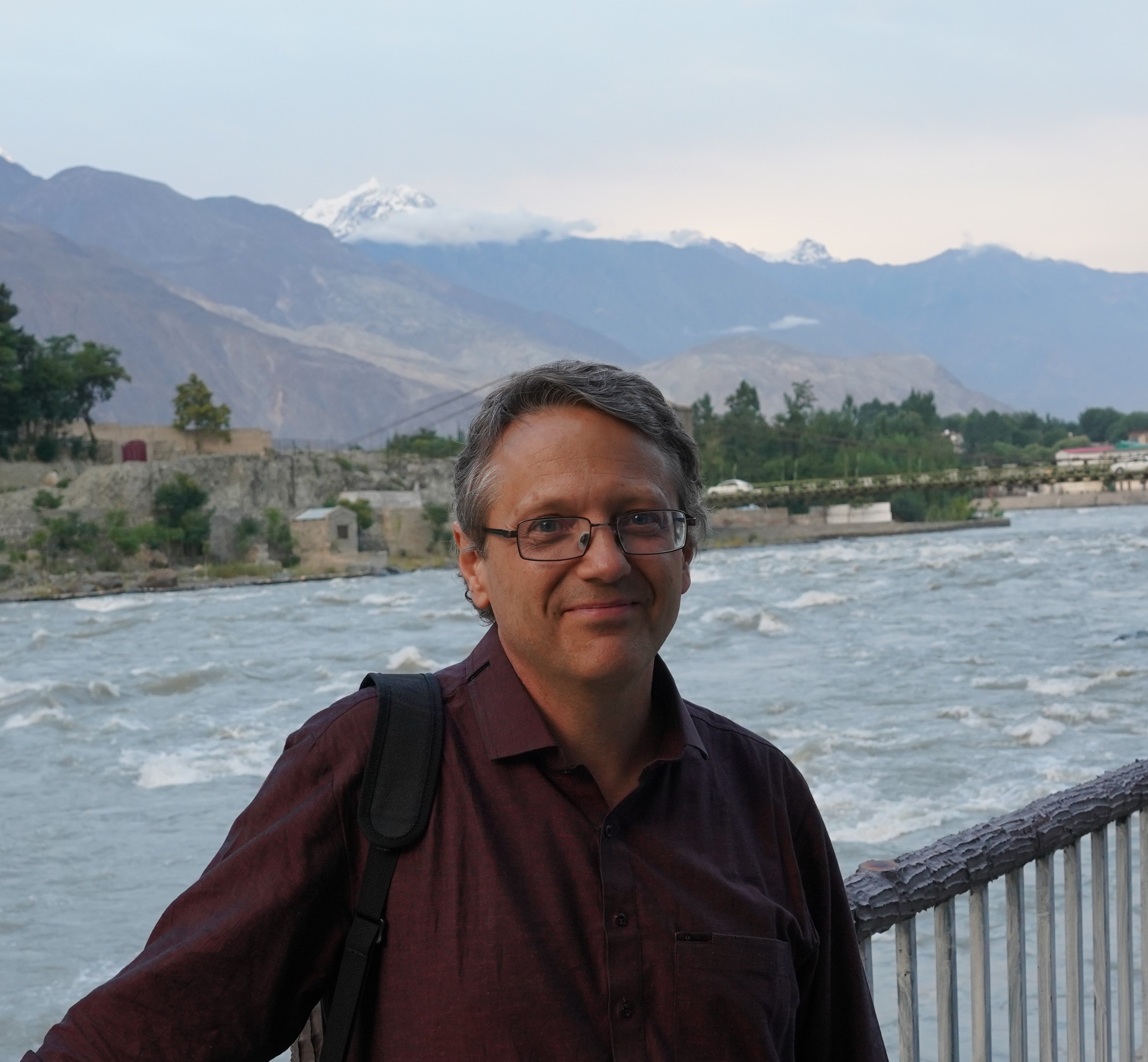 Dr Michael Schimmelpfennig is a Senior Lecturer in traditional Chinese Studies at the Australian National University. Prior to coming to Canberra, he taught at Heidelberg, the University of Erlangen-Nuremberg, and the University of Frankfurt. Due to his education and areas of research and interest, he regards himself as a sinologist in a rather traditional sense. His research interests include Chinese archaeology, early traditional Chinese literature and poetry, specifically the history of textual reception and commentarial interpretation, Chinese conceptual ideas, in particular those concerning human relations in and beyond the family in China’s past and present, and the possibilities offered by the computational analysis of large corpora of traditional Chinese texts, especially ways to meaningfully employ algorithms in analysing multilayered texts (i.e., text with multiple commentaries). 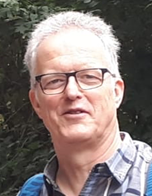 Dr Mike Skinner completed his PhD studies at the University of Washington and is currently an Instructor of History at the University of Hawaii at Hilo.  His research interests include: the Kushan Empire, South Asian epigraphy, Gandharan Buddhism, and the transmission of people, products, and ideas in the early historic world. 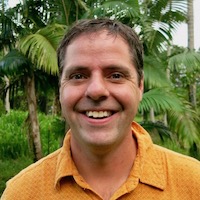 A/Prof. McComas Taylor is Reader in Sanskrit at the Australian National University, Canberra. His research lies at the intersection of contemporary critical theory and Sanskrit narrative texts. He is interested in the sources of textual authority and the role text plays in the production of ‘truth’. His writings explore the ways in which texts become influential in society, shape discourse and are in turn shaped by discourse. 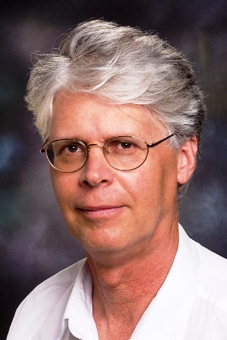 Qin Yang is a PhD candidate at the ANU School of Culture, History & Language. Her PhD topic is about the exegetical diagrams of Confucian classics in the Song period (from the tenth to thirteenth century), with particular focus on ritual, cosmological and philosophical diagrams. It tries to answer such questions as the relationship between illustrations and textual commentaries, and how visual representations aided classical exegesis and debates. Read an interview with Qin Yang here. 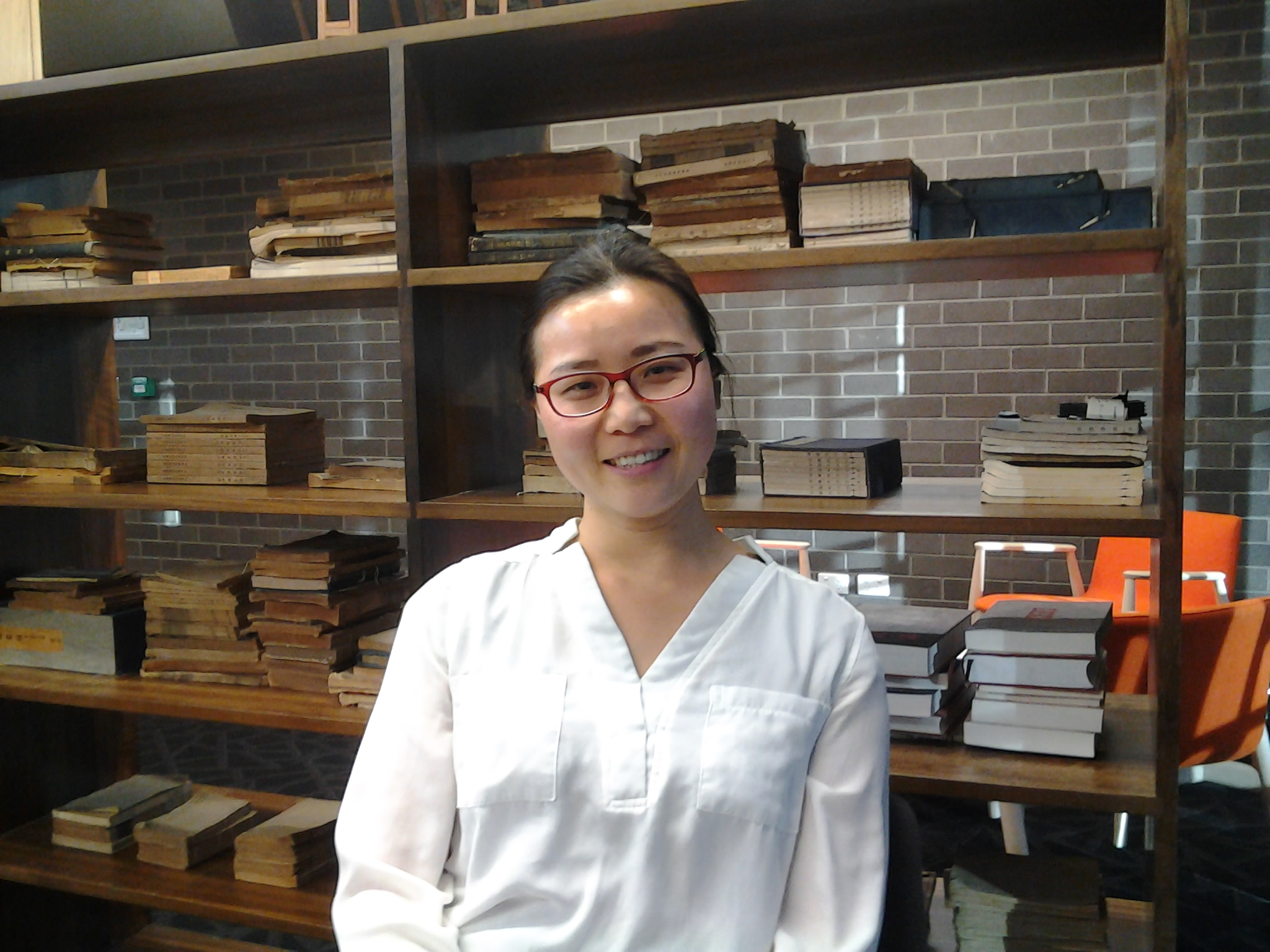